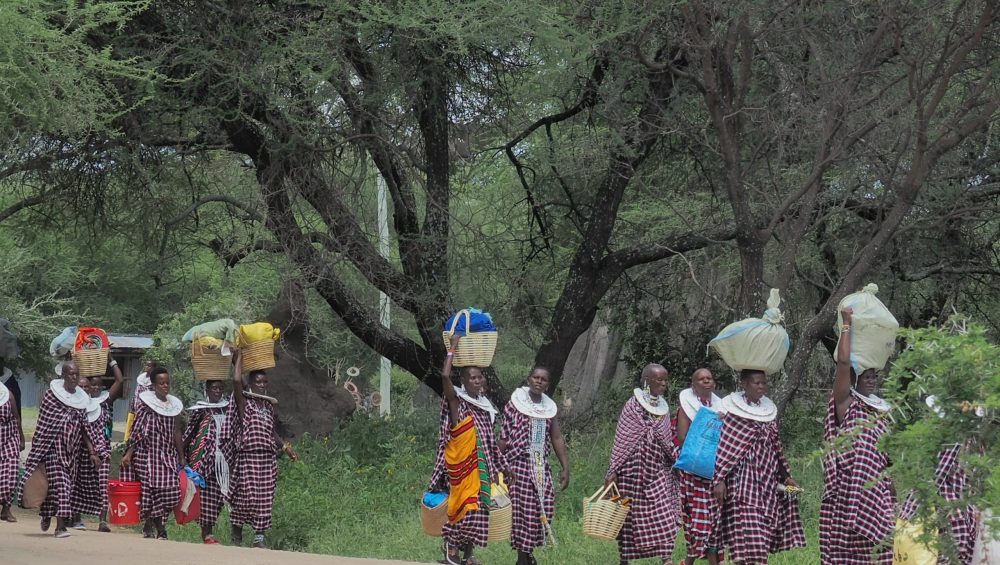 Tanzania is home to some of the most breathtaking wildlife safaris in the world; and it can be hard to choose which safari to go on among all the options on offer. That’s why we’ve created this list of the top 10 safaris in Tanzania; so you can plan your trip with confidence.

The Serengeti national park is easily one of Africa’s best safari destinations. This great Kenyan National Park is home to a wide variety of wildlife, from giraffes and zebras to lions and elephants. The Serengeti national park is most famous for its annual migration of wildebeest, which draws huge crowds every year. In fact, it’s estimated that 2 million animals travel between Kenya and Tanzania as part of their seasonal migration.

Mlolo Safari Lodge is one of the best safari lodges in Tanzania. It sits on a hillside overlooking Ngorongoro and provides stunning views from almost every angle. The staff at Mlolo is incredibly accommodating, but be prepared to splurge; prices start at about $560 per person per night for a five-night stay. If you’re looking for luxury or want to be close to a national park, Mlolo might be perfect for you! However, if you’re hoping to save money and/or stay somewhere off-the-beaten path, these other options may work better.

This is a relatively small national park, but it’s very special. Maybe one of the best safari in Tanzania. It lies at an elevation of over 9,000 feet above sea level and experiences some of Africa’s lowest temperatures. The result is that it’s one of East Africa’s most biodiverse protected areas. During your visit to Ngorongoro Crater, you’ll likely spot elephants, gazelles, buffalo and rhinos. Plus, there are also thousands of flamingos and other water birds found here each year. If you’re visiting from December through March during a full moon, you’ll be able to see them gather on neighboring Lake Ndutu to feast on fish; it’s one of nature’s great spectacles!

Of all the great safari destinations in Africa, there’s no place quite like Tarangire National Park. Located on northern Tanzania’s eastern border with Kenya; it features some of most beautiful tall-grass savannah landscapes that East Africa has to offer. The park is best known for its impressive wildlife populations and iconic elephant sightings. But birders will also love it particularly during November and December when masses of waterbirds flock to its marshy lakes and rivers. If you’re not a birder, fear not; Tarangire is still one of east Africa’s most rewarding parks thanks to spectacular scenery and fascinating cultural landscapes. The best time to visit Tarangire is during the summer season.

Lake Manyara National Park is known for its tree climbing lions, endangered rhinos and hippos. The park is in northern Tanzania and covers over 30,000 acres. It’s popular with tourists looking to see wildlife up close and enjoy a bit of nature too. One of Manyara’s most prominent features is Lake Manyara itself. The lake attracts many birds and water-loving animals, including flamingos, which nest along its shores each year. Other animal inhabitants include elephants, giraffes and impalas. Manyara has four campsites where visitors can stay on their trip to Lake Manyara National Park; they range from luxury options to tent sites at various price points depending on what you’re looking for.

If you’re looking for a true safari adventure, look no further than Mount Kilimanjaro. At 5,895 meters (19,341 feet), it is Africa’s highest peak and probably its most stunning sight as well. There are plenty of different routes up to Uhuru Peak (5,895 meters or 19,341 feet), including Marangu Route and Machame Route. You can climb up on your own or with a guide—although make sure to bring lots of water with you because there’s nowhere to resupply on your way up. It offers a stunning view of a sunrise on the rooftop of Africa.

One of Africa’s richest archeological sites; Olduvai Gorge is located in northern Tanzania and gives visitors a glimpse into the early history of man. It has been called one of the most significant paleoanthropological sites in existence; and it is thought that over 70% of all hominid fossils discovered worldwide were unearthed here. At Olduvai Gorge you can walk through 500 million years of history, seeing where our ancestors first evolved and how they lived millions of years ago. It is also home to many plant species that have disappeared from other parts of Africa. Perhaps most interesting though is how much evidence there is to suggest that climate change may have led humans out of Africa toward cooler areas with less rainfall, eventually leading them all over Europe and Asia.

Rubondo Island Camp & Retreat Center is not your typical safari destination. Instead of seeking out game, you’ll be relaxing on your own island paradise. There are no roads to Rubondo—just a pristine lagoon and a 700-hectare (1,750-acre) private reserve that’s home to roughly 80 animals, including lions, hippos and crocodiles. Water activities include snorkeling, kayaking and fishing; there’s also an option for a guided tour of nearby Mahale Mountains National Park on Rubondo Island Camp’s stately dhows (ancient Arab sailing vessels). Overnight guests get complimentary use of kayaks and boogie boards as well as one free hour of snorkeling per day.

Rubondo Island Camp & Retreat Center (RICC) is a remote bush camp near Rubondo Island, north of Lake Victoria. The camp specializes in safari-style accommodations; day and night game drives, mokoro excursions (dugout canoes), cultural visits to nearby villages, open water swimming and boating on Lake Victoria. With only 12 thatched chalets set on stilts above a rock outcrop next to Victoria Nyanza (the lake), RICC is one of Africa’s most exclusive camps. When you visit RICC, you will have access to more than 16 miles of trails through pristine African bush bordering two lakes.