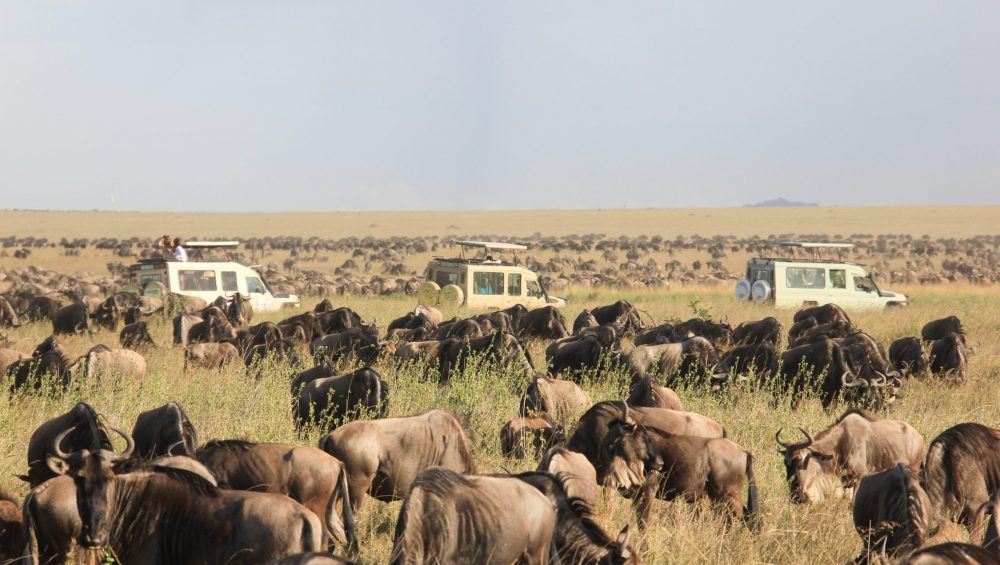 When traveling to Tanzania, what’s the best time of year to visit? The answer really depends on your reason for going. If you’re on safari in Tanzania, you’ll want to avoid the rainy season that runs from mid-March to mid-May and focus on the dry season, which goes from June through October. However, if you’re interested in seeing animals up close without the crowds, then February and March are your best bet as most of the wildlife retreats into hiding during those months when there isn’t enough food around to support them all.

Best time for a safari in Tanzania : August through October

If you’re planning on experiencing Tanzania in all its glory, your best bet is to plan your safari during August through October. During these months, you’ll have access to less crowds and lower prices than most other times of year. If you’re hoping to avoid rainy weather, then mid-September through early October is best; if you prefer sunny skies without thunderstorms, then aim for late August and September.

Best time for a safari in Tanzania : January through April

This is often called the rainy season in Africa, but these months actually produce some of Africa’s best game viewing. The weather is perfect, with relatively cool temperatures and very little humidity. Animals congregate at water holes and salt licks during these months and are also more active, which means you’ll have more opportunity to spot them! So if you want to go on safari in Tanzania during your trip around Africa, look to book from January through April.

The dry season is December through March in most of Tanzania, which has its benefits: It’s cooler, so walking safaris are more pleasant. But that also means you’ll likely have to pack rain gear and mosquito repellent. In general, December-March is winter in East Africa; there’s even snow at Mount Kilimanjaro (the national park closes until mid-April). At lower elevations, from 2,000 feet above sea level and up to 10,000 feet above sea level (the peak of Mount Meru), fauna becomes scarce due to lack of water and alpine animals like eland show up looking for relief from colder temperatures down below. Also the hotels are also quite cheap during the dry season and this is the best time for budget safaris in Tanzania.

The best time to visit Tanzania is during the dry season. If you prefer more reliable weather, and fewer mosquitoes, then plan your trip for June through September. The downside of visiting in summer is that some parks are only open on special request. Furthermore, June and July tend to have higher prices than other months because those months draw international visitors from around Africa and beyond (they come not just to see Serengeti National Park but also to take part in cultural activities like Zanzibar Stone Town Carnival). The upside of traveling in summer, though, is that lodging rates are lower than during peak tourist season. June is known as long rains month in certain parts of Africa and that means park entry fees are cheaper.

May, but with rainier days

The best time to go on safari in Tanzania is May through September. During these months, you’ll enjoy dry weather and less chance of rain (especially since your Tanzanian safari will be in southern Africa). Plus, animals aren’t affected by seasonal shifts like birds are, so you can still see plenty of them on your Tanzanian safari. While there are some bugs that could bother you during other times of year, they tend to disappear in May/June. Another upside: not as many mosquitoes! The only downside is that these months have fewer hours of sunlight than other times of year, so pack some solar-powered gadgets and load up on coffee if you plan to stay out late at night.

July and August, but with less birds

It’s mid-winter in Tanzania and that means it’s best time to go on safari, right? Well, if you’re an ardent birder—or an avid birdwatcher in general—then yes. These are prime months for birding as many migratory birds flock to warmer climates. However, given that there are fewer tourists (and lower prices) at these times of year, July and August can be a good time to visit if you’re looking to save some money or avoid crowds. But we have one word of warning: Though there are indeed far fewer people here than during other times of year, you will still see many travelers around—especially in major cities like Arusha and Dar es Salaam.

There are numerous factors to consider when planning your safari in Tanzania, but one of the most important things to keep in mind is the best time to visit. Wildlife viewing opportunities are optimal during different seasons, depending on where you plan to stay and what you want to see on your vacation. To ensure that you make the most of your time in Tanzania, read on to learn more about the best time for a safari in Tanzania.

Check out our article about the best time to view the migration safari.