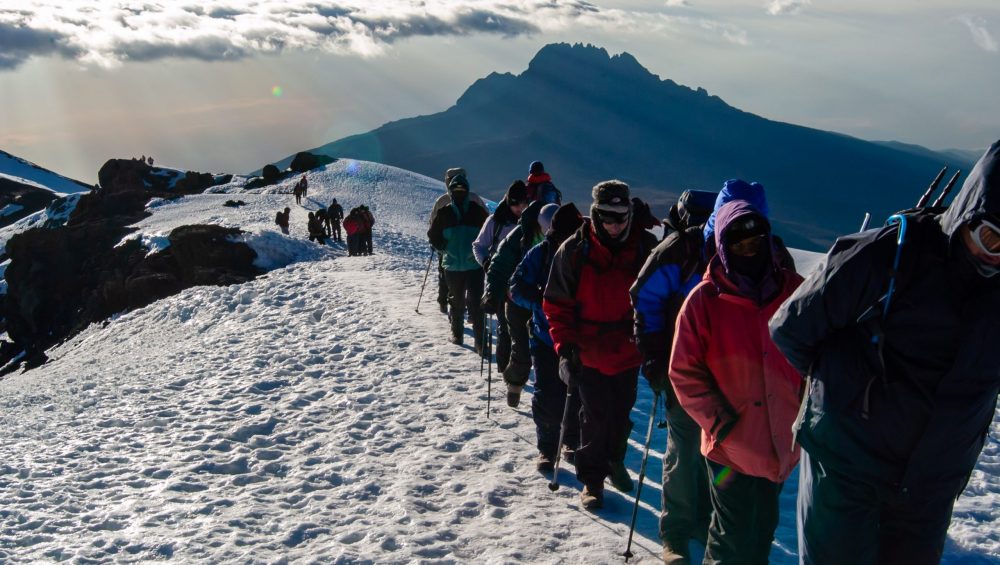 Climbing Mount Kilimanjaro has been on your bucket list for ages, but you haven’t managed to book the trip yet because you can’t decide when it’s best to climb the mountain. There are various factors that come into play when determining the best time to climb Mount Kilimanjaro, from temperature to rain and wind patterns, making it difficult to pinpoint the exact month or season in which you should set out on your trek. This guide will tell you everything you need to know about timing your Mt. Kilimanjaro adventure.

Climbing Mt. Kilimanjaro (or Uhuru Peak, as it’s known) is something a lot of people want to do—but not everyone knows when that is. With 5 seasons, each with its own weather patterns and difficulties, it can be tricky knowing which time of year is best for climbing Tanzania’s highest peak. It depends on your level of fitness and experience, but here are a few general tips that should help: in order from earliest departure date to latest, aim for March through May (rainy season), June through August (dry season), September through November (cloudy season), or December though February (cold season).

During these months, you’ll avoid some of the crowds, which will make your journey more enjoyable. And weather is less likely to be a problem at that time of year. The average temperature during November and December is around 60 degrees F (15 degrees C). It starts cooling off in January and February, with an average high of 55 degrees F (13 degrees C) in January and 61 F (16 C) in February. You’ll want good equipment during these months though – sleeping bags should have a rating of at least 20 degrees for November-December or 15 for January-February.

The Best Time to Trek on the Marangu Route

The Marangu route is one of two main routes up Mt. Kilimanjaro, and it’s also known as the Coca-Cola route. It’s not just one trail—it is a combination of trails that interconnect with each other. The best time to take on Marangu is during March or April, which coincides with Tanzania’s winter season. This timeframe makes for great weather, but it can get very busy on weekends and holidays as many people choose to climb when school lets out. If you are looking for a less congested trekking experience, consider choosing a different route such as Machame or Rongai (in peak season), which starts later in the year around June or July.

The best time to climb Mt. Kilimanjaro is between February and March, when summer brings clear skies and moderate temperatures. The reason for climbing in February or March is that by April, there’s a high chance of an ice cap being present on Tanzania’s highest peak. If you’re planning on hiking/climbing under these conditions, make sure you have a few months of mountaineering experience under your belt before attempting it. It’s not impossible, but they tend to be more challenging than other times of year.

The best time for climbing Kilimanjaro is from April to June. These months are considered low season in Tanzania (which also happens to be one of Africa’s coolest, rainiest times). However, keep in mind that you still need good weather for climbing. Ideally, it should be sunny but cool most days, so long as it isn’t raining too hard or at all. This is prime time for summit attempts, though you should remember that climbing can still be difficult during these months if there’s snow on any of the trail sections between your camp and Uhuru Peak—in which case it might not be a safe time to climb Mt. Kilimanjaro at all without additional gear and support teams.

The best time to climb Mt. Kilimanjaro is between July and September when most of its permanent snow has melted. The weather will be pleasant, with highs around 70 degrees and lows around 45 degrees. This makes for a perfect combination of cold nights (which allow your body to rest) and warm days (so you don’t have trouble acclimating). Plus, it means there won’t be as many other people on your trek!