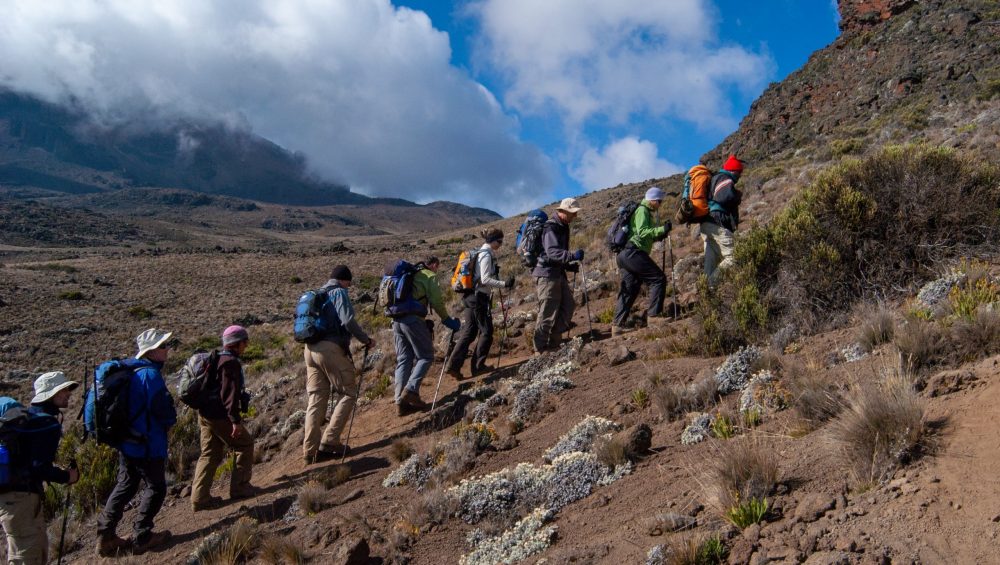 How hard is mount kilimanjaro climb? Mount Kilimanjaro, the highest mountain in Africa, draws thousands of adventure seekers each year, who want to summit Africa’s tallest peak and see one of the world’s most famous views – the view from the roof of Africa. However, Kilimanjaro’s altitude makes it one of the hardest climbs on earth, and the complexities of climbing an active volcano are no less than daunting.

It sits about 19,000 feet above sea level on the border between Tanzania and Kenya. Climbing Kili requires more than just extreme physical ability, it also requires proper acclimatization and planning to ensure you have an enjoyable and safe experience.

The Facts About Climbing Mount Kilimanjaro

It’s impossible to say exactly how hard it is to climb Mt. Kilimanjaro because there are so many factors, including your fitness level, how long you’ve been preparing for your trip and even your travel company (some are better than others). However, we can tell you that Mount Kilimanjaro should not be taken lightly. This climb requires both physical and mental strength. And while there aren’t any technical aspects to worry about on Kili, difficulty level lies in its altitude—which means you must be prepared for life at high altitudes. In fact, acclimatization is one of Kili’s most critical components.

Who Can Climb Kilimanjaro?

Anyone who’s reasonably fit can climb Mt. Kilimanjaro. That said, you do need to get your body in peak shape before attempting one of these epic treks. You should be physically active, able to jog several miles comfortably and have no pre-existing medical conditions that might hinder your ability to complete a strenuous mountain climb. As far as age goes, it’s not uncommon for senior citizens (in their 70s and 80s) to summit Mt. Kilimanjaro; however, those with advanced age or compromised health will likely struggle more than young adults who are acclimated to high altitudes.

The Best Route for Climbing

Planning your route for climbing Mount Kilimanjaro can be difficult. Climbing routes are influenced by several factors, including weather conditions, timing, ability level and more. That’s why it’s important to select a climb that matches your experience and ability level. For example, a beginner may want to start off with an easier climb like Marangu, which takes between five and six days to complete. Climbers who have climbed other peaks like Denali or Elbrus may choose an alternative route known as Rongai Route; it’s one of the easiest but still offers stunning views.

Climbing Mt. Kilimanjaro can be quite a challenge due to its difficulty level and height. Many first-time climbers are surprised at how difficult it really is to climb Mt. Kilimanjaro. The best time of year to scale Mt. Kilimanjaro is during its dry season, which usually runs from mid-November through March or April, although late September through early October are also good months for climbing, especially if you’re after clear skies and little precipitation. Click here for more details.